Only 4 athletes left in the 300 mile race 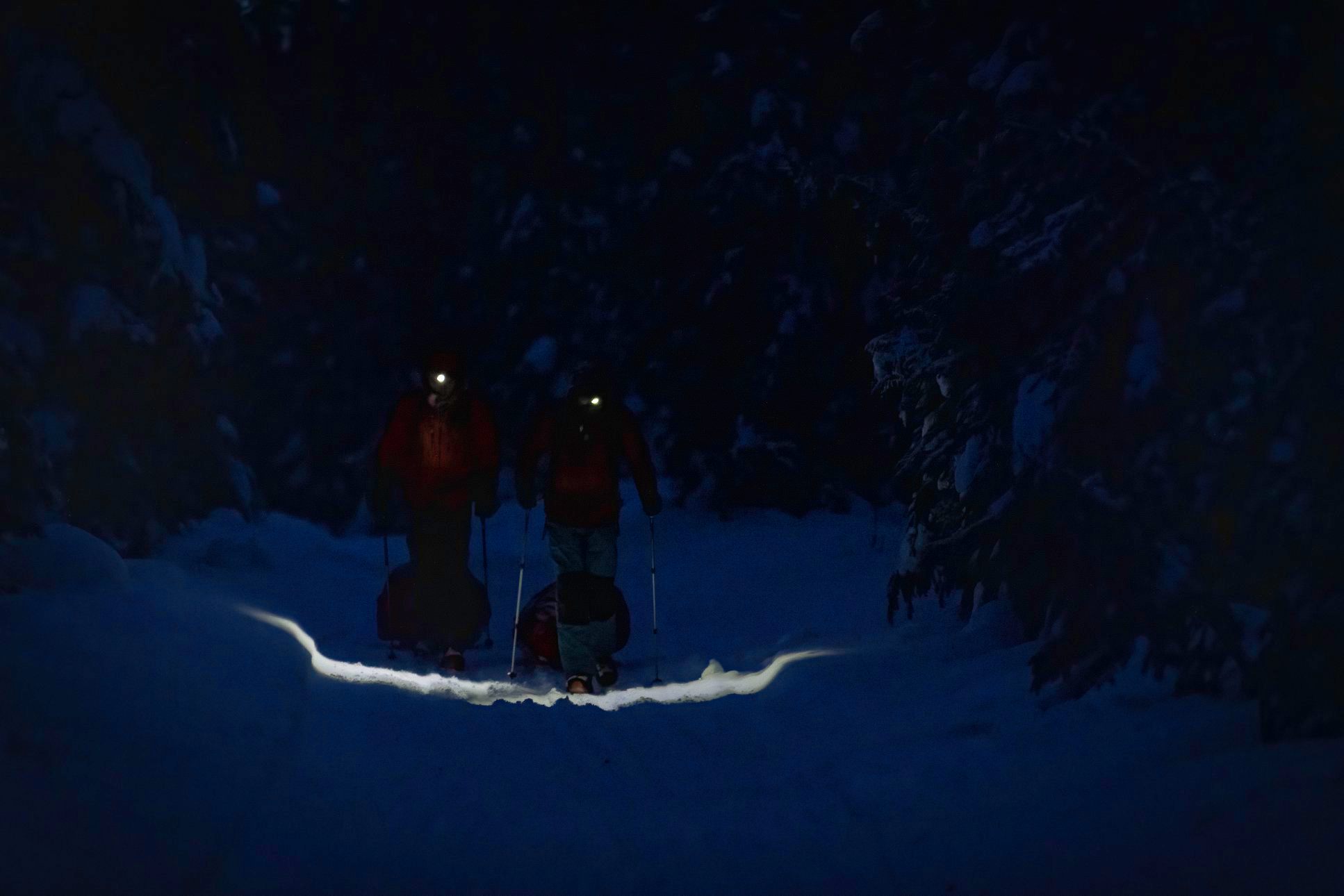 The 300 mile distance is still dominated by Fabian Imfeld (Switzerland) and Tiberiu Useriu (Romania). So far it seems nothing can get to them. Fabian currently is at McCabe Creek checkpoint and Tiberiu is about 10 miles south.

Yesterday afternoon Shelley Gellatly (Canada), our only athlete on xc-skis, asked to get a ride back to Whitehorse because of problems with cold feet.

Victor Hugo do Carmo (Switzerland) who had been in third position had to scratch due to frostbite on his fingers. Like all other cold injuries this year it is not severe but enough to have to withdraw him from the race.  But I am getting ahead of myself … Last night, as we all were getting ready for a quiet night, we did get a 911 SPOT alert from Phil Cowell. When that happens we always must assume that we are dealing with a life threatening situation. With the help of Jo Stirling from Race HQ and the Ken Lake crew we have been able to resolve the situation very quickly. A big thank you also to the RCMP who were ready to go in no time. Luckily we had Bernard at Ken Lake who was able to check on the situation and the RCMP did not have get involved. It turned out that Phil had frostbite on his fingers. His friends, Lee Francis and Gareth Jones (both from England) were with him at time and they tried to keep him warm and safe. Bernard transported Phil to Ken Lake where Trish and Sarah took good care of him.

Lee and Gareth initially continued and Russ Reinbolt (USA) eventually overtook them. All of them knew they may have a hard time making our 4 days 12 hours cut-off for Carmacks. Lee and Gareth were given a 2 hour time credit for helping Phil. By the time they found out about it, they had already made up their mind and also stated that likely it would not have been enough. I have not had a chance to talk to Russ, yet. However, feedback from the crew indicates that he had a hard time with his feet. That is not unusual in an ultra race but considering the distance still to go he probably had come to the conclusion that he could get himself in serious trouble if he ignored it. So, it was definitely the right decision.

In the meantime Paul Deasy and Patrick O Toole from Ireland were racing towards Carmacks and they arrived well before the cut-off. When the medical team checked Patrick they found what they believe is frostbite on one of his fingertips but in a very early stage it is not always obvious and easy to be certain. So, it was decided to have another look at it when Patrick gets up again.

All this means that at the moment we have only 4 out of 21 athlete left in the 300 mile race. That in itself is not unusual for the MYAU we have had several years with numbers this low or even lower. However, we always suffer with the athletes and constantly keep our fingers crossed that we see no more DNFs. The nice thing is that amongst those who could not reach their goal many have kept a very positive attitude. Several athletes already approached me and asked when they could sign up for 2021. They enjoyed the adventure, learned many valuable lessons and want to try again next year.

For those still in the race it’s difficult to predict what the next couple of days have in store for them. It should be getting warmer but that is not necessarily an advantage. Fresh snow and warmer temperatures could result in soft trails again. We will see and just take it “one step at a time.”