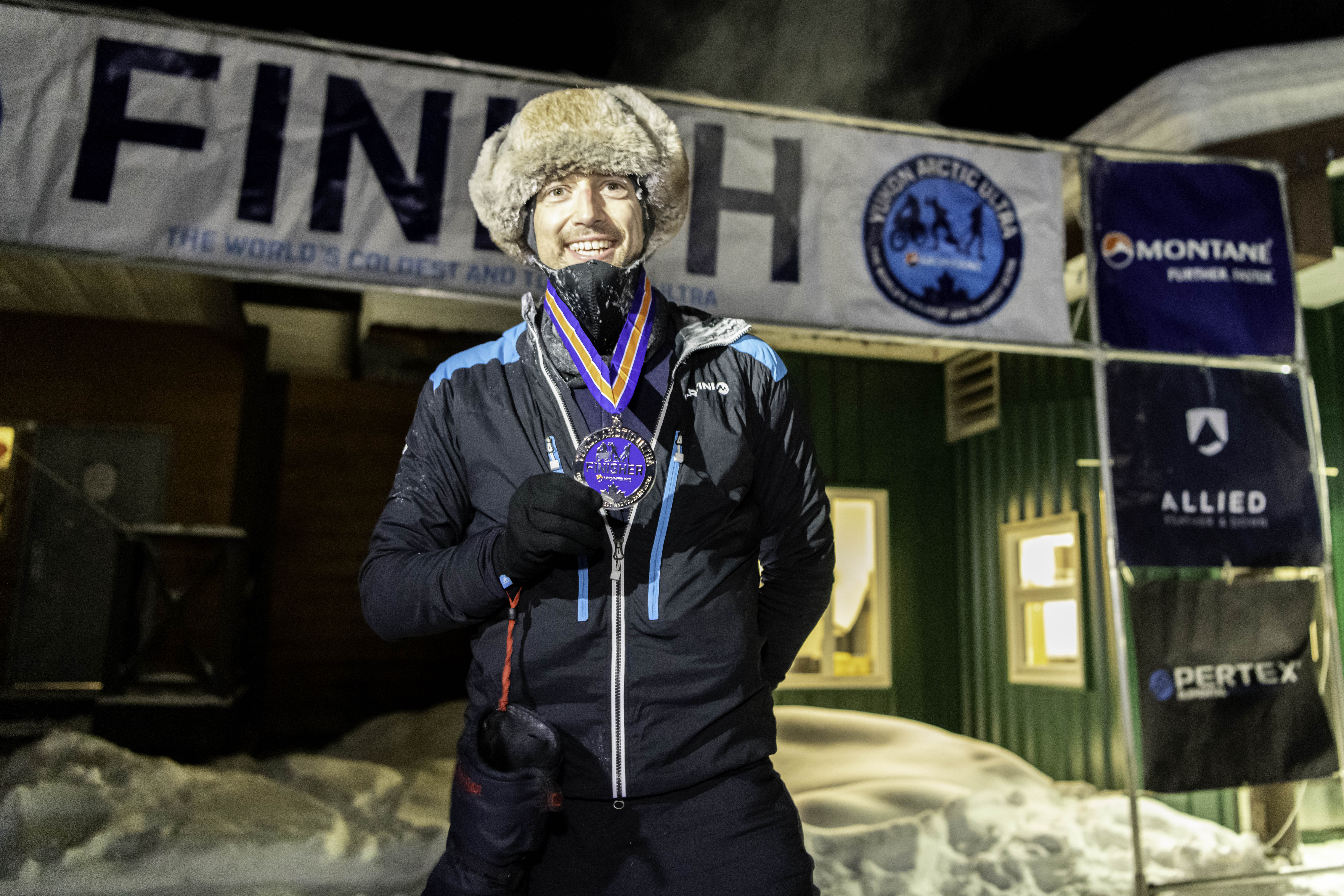 Fabian Imfeld from Switzerland was able to maintain his comfortable lead all the way to the finish line. After a stay at Pelly Farm that Fabian considers his home away from home, he went back to the Pelly Crossing Finish line. It has been really great to see him come in. All the way he had done very well. Always positive and in a good mood. Fabian had already been with us last year and had experienced issues with a bit of frostbite which meant he could not finish. Not this time! Congratulations!

Tiberiu Useriu has got a similar story. He tried the 430 last year and got very bad frostbite – even though he had already considerable experience with cold weather races. I was very happy to see that, instead of trying to overtake Fabian, which I am sure he wanted with all his heart, he actually took the rest his body needed. Lesson learned. Tibi finished. Zero problems with frostbite this time.

The Romanian also has a very interesting story and I think it is okay if I share it here. In his home country he is famous for  his athletic achievement but also his life change. The short version is that he had a very difficult youth and I am sure a lot of people would have thought that his entire life would go the wrong way. A lost case for society. He stumbled and fell. Tibi realised he needed to change and he got up again. Now he is helping kids in Romania who are faced with the same or similar problems to get back on track. Doing these races he can show them that anything is possible. And he is leading a project with a great team of people to create a permanently marked long distance hike trail in Romania. An exciting project that creates jobs and will help with tourism. Congratulations, Tibi! And good luck with your work!

As those two were approaching the finish line we had still hopes that Patrick O Toole and Paul Deasy from Ireland would also get to Pelly. However, Patrick had to be pulled at McCabe due frostbite on a finger. Paul originally left that checkpoint but about 10 km in he experienced stomach problems and just could not get warm. So, he made the right decision and did not continue.

All athletes and crew arrived safely back in Whitehorse. Some hours ago we had a very nice little party at the Coast High Country Inn. Trail stories were exchanged and I have seen a lot of happy faces.