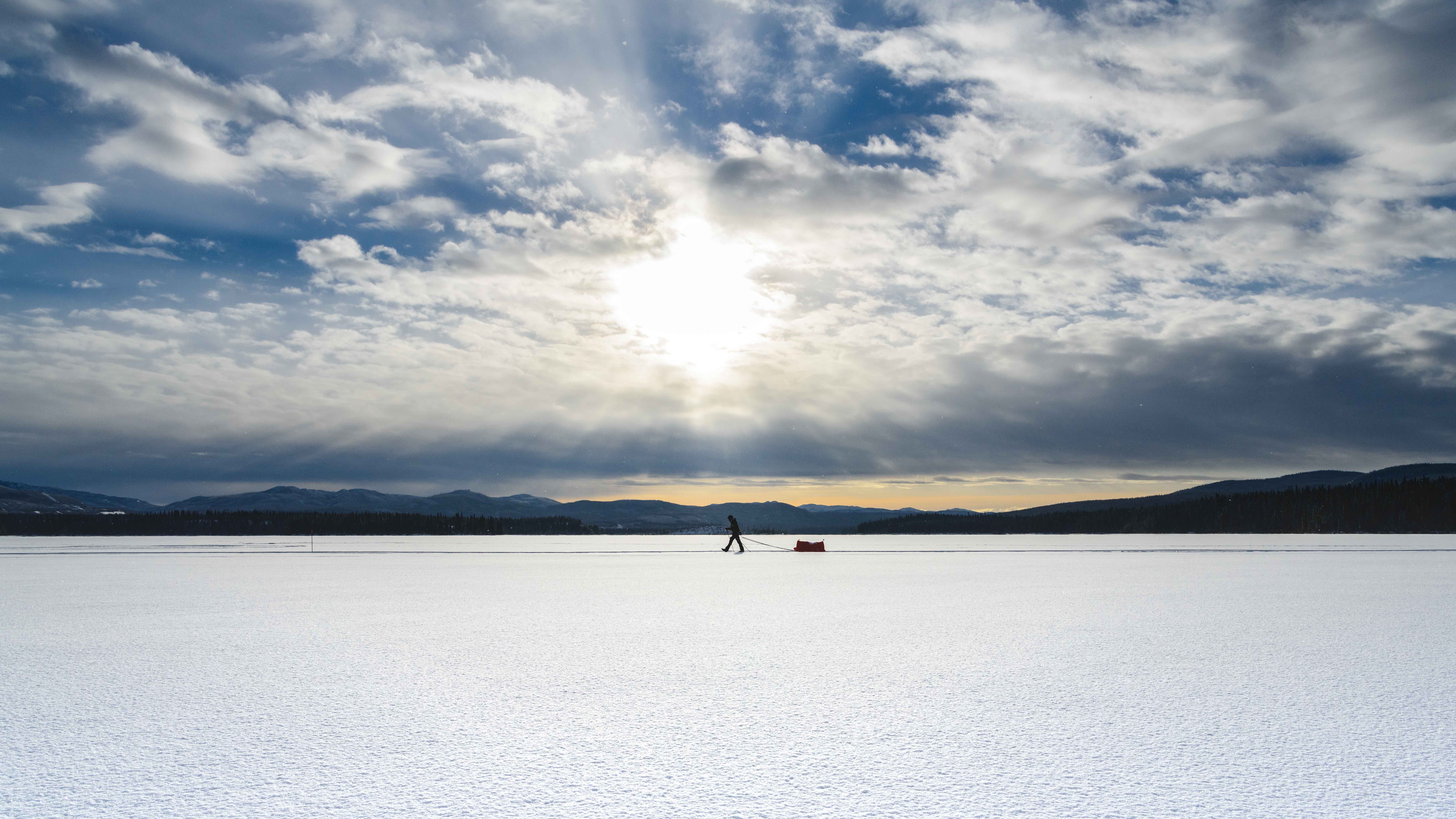 With Andrea Fawell from England the last athlete in the 100 mile race crossed the finish line well before the cut-off time, which is 3 days.

The overall results are:

Congratulation to all of you!

In the meantime more athletes had stopped their races in various locations and for different reasons. Juan Carlos Najero left for Ken Lake on his fat bike but turned around again because of frostbite on his fingers. Luckily he noticed it early enough and he should be fine. Russ Reinbolt got cold stressed and decided to pull out on the way to Braeburn. Peter Mild had problems with an old hip injury coming back. Kate Lawrence also had issues with her hips. Jonathan Kattenberg had an upset stomach. Kike Trull Maravilla and Michelle Smith were troubled by bronchitis. Fabian Imfeld and Daniel Benhammou were stopped by some frostbite – nothing too bad but bad enough not to let them continue. Joel Juht had to surrender to chafing.

Hendra Wijaya from Indonesia was disqualified. This did not happen for lack of athletic ability. Physically and mentally he likely would have finished the 430 mile race. He is also a very nice person and it was a very hard decision to make. The problem in his case came down to language issues that led to him breaking a rule and a general concern about his skill set for survival in the extreme cold.

So, right now we still have Ahmad, Gareth and Marianne left in the 300 mile race (out of 6 athletes who started). The leader currently is Montane Yukon Arctic Ultra veteran Marianne Heading from England.

In the 430 mile race we are down to 19 participants (out of 40 who started). Currently in the lead is Thierry Corbarieu from France who at the moment is resting in Carmacks, together with Christof Teuscher (USA) and Enrico Ghidoni (Italy).